Domaine Henri Maire has been nestled in the Jura, a wine region in eastern France between Burgundy in the east and Switzerland in the west, since 1632. Founded by a man named, Maire, for over 300 years, generations of Maires succeeded one another, strengthening the Maison’s expertise. For Domaine Henri Maire, the “Path to Gold” is an initiation to the richness and diversity of Jura wines. It starts with Côtes du Jura, which exalts the freshness of Chardonnay. It follows with Arbois, with its rich palette of wines, the use of Savagnin and the mysterious veil ageing. Considered to be one of the world’s greatest wines, Vin Jaune has a golden yellow color, hence its name. 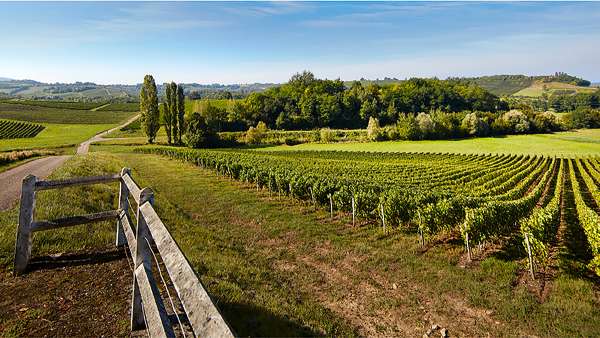