The Templiers originally planted vines in the region in the 12th century. Two hundred years later, it was the papacy of Avignon that continued the winemaking tradition. It was the new chateau (château neuf) completed by Pope John XXII in 1333 for which the wines of this region and the city itself are named.

At its best, Châteauneuf-du-Pape is a broad, generous, sinewy wine showing a range of dark, fruity flavors. The wines derive their uniqueness from several sources. The round red and cream-colored stones and galets, left by ancient Alpine glaciers, absorb heat throughout the day and then reflect it onto the vines during the cool nights. As a result, the grapes reach maximum maturity. Furthermore, the vines here benefit from the cleansing winds of the mistral, which keep them dry and free of undesirable diseases.

Grenache accounts for 60% of the vines planted here, but because it can be unbalanced on its own, another 12 varietals (including five white ones) are permitted for use in making red wines. Châteuneuf-du-Pape white represents only 5% of the total appelation and is also a blend of up to six varietals. Yields are limited to 2.59 tons per acre. 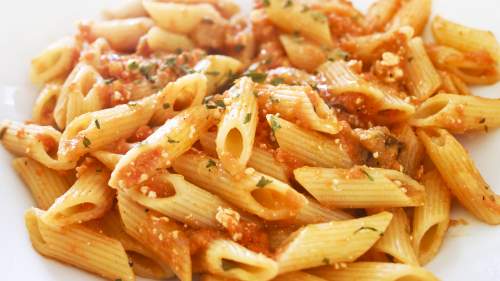